Would you like to switch to the accessible version of this site?

Don't need the accessible version of this site?

Vaccines are the cornerstone to disease control. Every year animals become sick with transmittable diseases which can cause severe diarhhea, dehydration, aggression, vomiting, coughing and even death. Some of these diseases are zoonotic (meaning they can be transmitted to you). By vaccinating your dog or cat appropiately you can help them stay healthy and yourself.

What is a vaccine? A preparation of weakened microorganisms given to create resistance to a disease

How is it given? It is administered by injection through a needle, by mouth and by aerosol

Why are vaccines necessary? Vaccines activate cells in your body to fight the virus. When it has been defeated the cells retain a memory of the virus so next time they will know how to fight off infection.

Please take note that Traditions Animal Hospital recommends having a veterinarian give all vaccines in case of underlying health issues. We examine all animals prior to giving any vaccine.

Feline Leukemia(felv): A retrovirus similar to Feline immunodeficiency virus (FIV) and human immunodeficiency virus (HIV). This is only transmittable to other felines.  Given at 12 and 15 weeks.  Boostered 1 year later then every 2 years for all outside cats.  We will discuss the pros/cons of giving the vaccine to indoor only cats.

Rabies: A zoonotic (transmittable between humans and animals) disease. All mammals can carry rabies and it is usually fatal. It is passed through the saliva and is un-noticeable in the early stages. Once diagnosed a rabid animal must be euthanized.  Given at 15 weeks then boostered yearly for life. 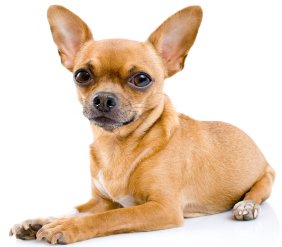 Rabies: A zoonotic (transmittable between humans and animals) disease. All mammals can carry rabies and it is usually fatal. It is passed through the saliva and is un-noticable in the early stages. Once diagnosed a rabid animal must be euthanized.  Given at 15 weeks then boostered yearly for life.

Dhpp: Canine parvovirus, distemper, hepatitis, parainfluenza.  Given at 6, 9, 12 and 15 weeks. Boostered 1 year later and then every 3 years for life.

Bordetella: Also called Canine or Kennel Cough. An airborne organism that causes continual coughing for up to 3 weeks.  Given at 9 weeks and then boostered yearly for life.

Leptospirosis:  A bacterial infection that can occur with contact of wildlife urine and can cause liver and kidney failure.  Leptospirosis is considered to be one of the most common zoonotic infections in the world.  Given at 12 and 15 weeks and then yearly for life.

Canine Influenza:  AT RISK DOGS ONLY-Canine influenza is a respiratory disease that can cause coughing, runny nose, watery eyes, loss of energy, and/or loss of appetite. The signs of infection are similar to those of other respiratory diseases in dogs, but the coughing caused by canine influenza can last for several weeks. With proper care, most dogs generally recover. However, canine influenza can lead to more severe or even life-threatening infections, such as pneumonia, and has been fatal in up to 8% of cases.

Because canine influenza is caused by a relatively new virus, dogs have no natural immunity to it. And since it's highly contagious, visiting places where dogs congregate, such as kennels, doggie daycares, dog parks, or grooming facilities, puts dogs at higher risk for catching this new virus. Making things more difficult is the fact that dogs can spread the virus before the coughing and other signs of illness appear.

Like the human flu vaccine, the new canine influenza vaccine doesn't completely prevent infection, but it can dramatically reduce the severity of the disease. The vaccine also significantly reduces the amount of virus that dogs shed, minimizing spread to other dogs-so it's the ideal way to protect our local canine community as well.

We recommend vaccinating dogs at risk against canine influenza and we have the vaccine available.  Please call us to discuss any questions you might have or to set up an appointment. To give your dog the most complete protection, the initial vaccination requires two doses of vaccine given 3 weeks apart then annually thereafter.